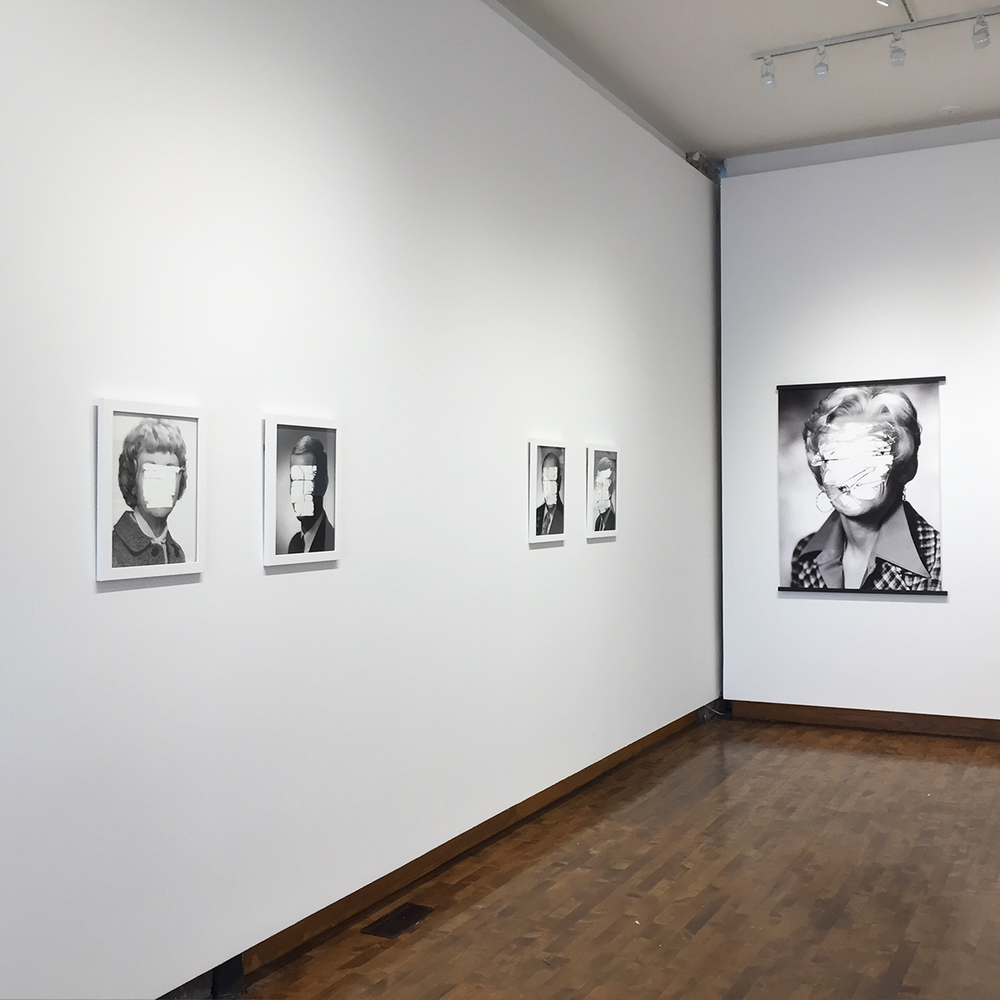 Julia Martin’s series “You Are Talking To Yourself” build narratives from fragments of images and text that are infused with a dark sense of humour. Her text-based work uses visual dissonance between text and imagery to tease out the multiple layers of meaning behind the words. Martin satirizes the format of the meme. Layering bold typeface over images to create, what the artists refers to as, ‘anti-inspiration posters’ that draw the viewer in with dark and caustic statements that stand in contrast the photograph’s subject matter.

William Mokrynski’s “Cousins & Neighbours” and “WE” series both use found archives of studio negatives from the late 1950s. The artist masks the surface of the photographic paper in the darkroom, obscuring and at times almost completely erasing the faces of the subjects. Mokrynski is interested in the seemingly obsolete photographic negatives. The identities of the sitters has been lost. His photographs depict a visually striking and almost haunting cast of characters plucked from the pages of fiction.

Together these two artists paint an unsettling picture of contemporary culture in an increasingly technocratic world.